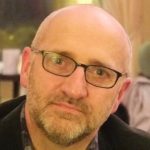 I have worked in education since 1986. Since retiring in summer 2018 I have been working as an independent consultant and an Ofsted inspector. Before that I lead the School Improvement team for Buckinghamshire County Council. I have also been a senior leader and English teacher in four Oxfordshire Secondary Schools, an interim Executive Headteacher in a Primary School and a consultant leader in an all-through school.

My work in education has been guided by a belief that all children, whatever their abilities and background, are entitled to high quality teaching and learning in well run schools with experiences that meet their needs as learners and children and enable them to thrive.  I am married with five children and two grandchildren. In my quiet moments I enjoy listening to jazz, taking photographs, watching movies and reading. 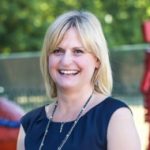 Lucy is the Head Teacher of Mabel Prichard School.  She trained as a secondary school English teacher before moving on to support the education of Looked After Children, when she led the Virtual School for Looked After Children in Oxfordshire. She was Deputy Head Teacher at John Watson community special school before joining Mabel Prichard as Head Teacher in September 2017. She has also taught for 14 years on the Master of Teaching at the Institute of Education, University College London and has been an assessor on the Master of Learning and Teaching at Oxford University. She has four children, one who has just graduated and one at University and two in year 7. Her claim to fame is supporting The Worzels and Scouting for Girls in a band she sang in for 10 years and she also enjoys running. 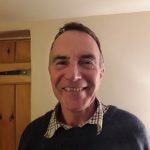 I have been a social worker since 1978 and have worked in a variety of children related areas including managing Sycamore Resource centre, Banbury, (supporting disabled children and their families). I was head of service for Looked After Children in Hertfordshire until 2011 when I left to become a lecturer at Oxford Brookes University, where I taught social work students. I am retired but remain active in children’s services as a member of the adoption panel, safeguarding trainer and trustee with One-Eighty.
Co-opted Governor – Damian Haywood

I am the Operational Lead for clinical trials in SITU in NDS at the University of Oxford. My volunteering work includes being a governor at Mabel Prichard School, and Treasurer of the Cri du Chat Syndrome Support Group UK.

I am also the Labour Party candidate for Iffley Fields and St. Mary’s in the upcoming County Council by election. 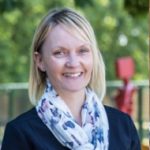 Susanna is studying her second Master’s degree in Leadership having previously studied a Master’s in Education. In her spare time, if she is not ferrying her children to their hobbies, she enjoys wild swimming. 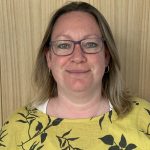